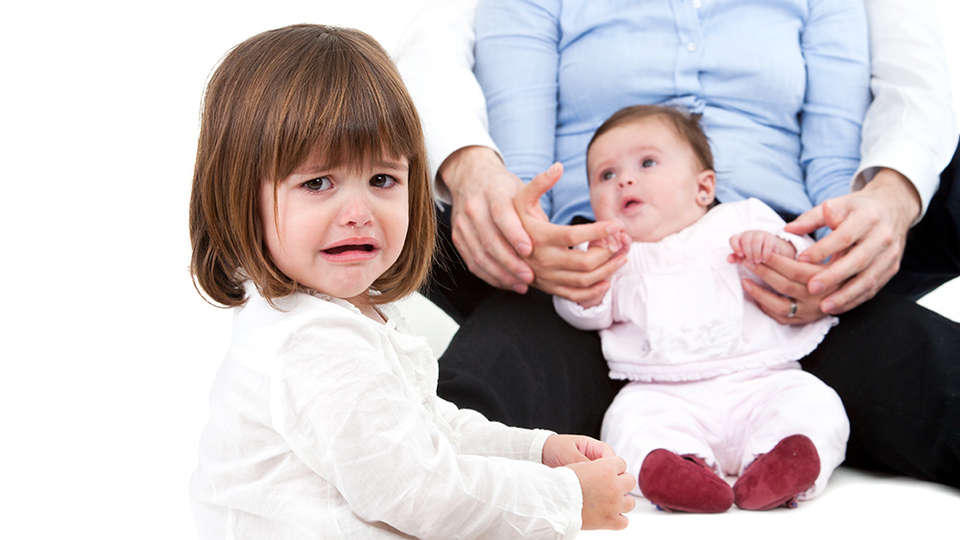 Do Toddlers Get Jealous of a New Baby?

The short answer is yes. Also, your toddler won’t be aware of the jealousy because he/she still doesn’t have the maturity to recognise the feeling.

Good thing is that there are signs your toddler is jealous of the new cute little thing in the house. But the best thing to do is to prevent that jealousy and somehow make the arrival of a new baby a smoother transition and experience.

It’s about transition and warming up

Although toddlers always look for something new and stimulating, they actually crave structure, order and stability. As a result, expect minor and drastic behavioural changes when there’s something big and new like that of the arrival of a new baby.

Perhaps it’s due to competition for attention (the root of sibling rivalry). If your toddler got used to being the only child, the arrival of a new baby threatens your toddler’s status. This explains the challenging behaviour toddlers display when there’s a new baby brother or sister. Both kids and adults have this tendency to get attention whether in a positive or negative manner. In the case of kids, it’s through challenging behaviour because they still can’t figure out how to best express their feelings.

To help them cope, it’s important to take it slow and warm up. Keep in mind that it’s a huge change and the goal is to smoothen the transition, which is why it’s good to talk with your toddler about your new baby and explain some of the changes (e.g. perhaps your husband will be the one to take him/her to school, there will be less time that you would be together, that you would be gone for a while to give birth).

Do toddlers get jealous of a new baby

We can think of it more as adjustment rather than jealousy. After all, it’s a huge change and your toddler might have been used to being the focus of everyone’s attention. In addition, behavioural changes are expected because most kids still don’t know how to deal with their feelings. It can be annoying at times especially when you’re juggling home responsibilities and have been losing sleep for several months now.

It’s a natural process and an inevitable part of the journey. Although your toddler is already displaying signs of intelligent thinking and behaviour, the changes and transitions can still be a bit difficult to him/her. Your goal then as a parent is to make the transition a bit smoother by warming him/her up of the coming changes and explaining the entire process. Your toddler can then better understand what’s happening and may even realise the need to look after his/her baby brother or sister.